Quality Mask Creations By The Pros 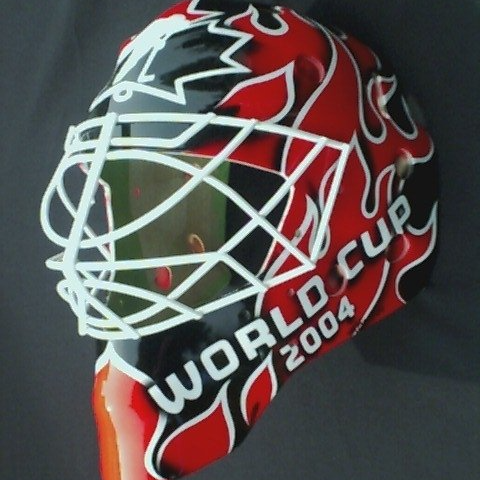 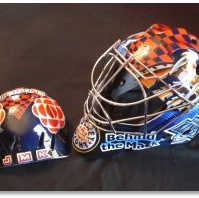 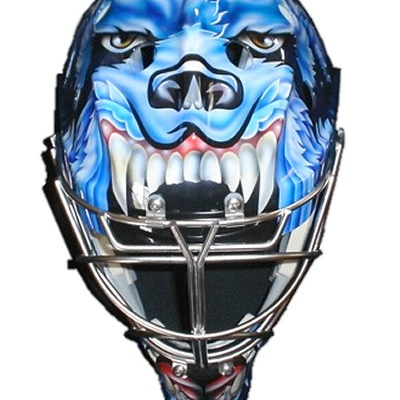 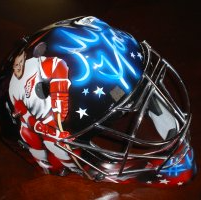 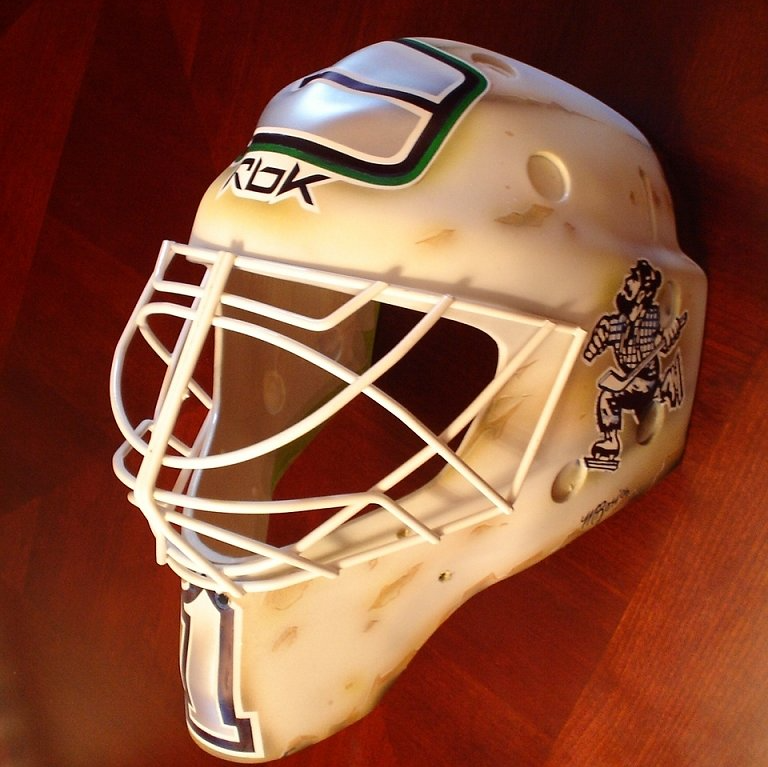 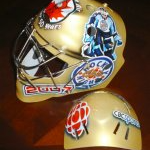 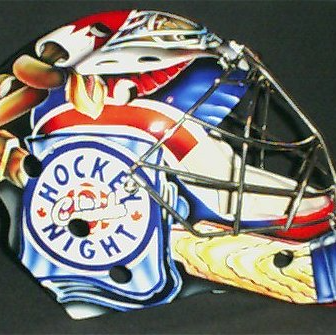 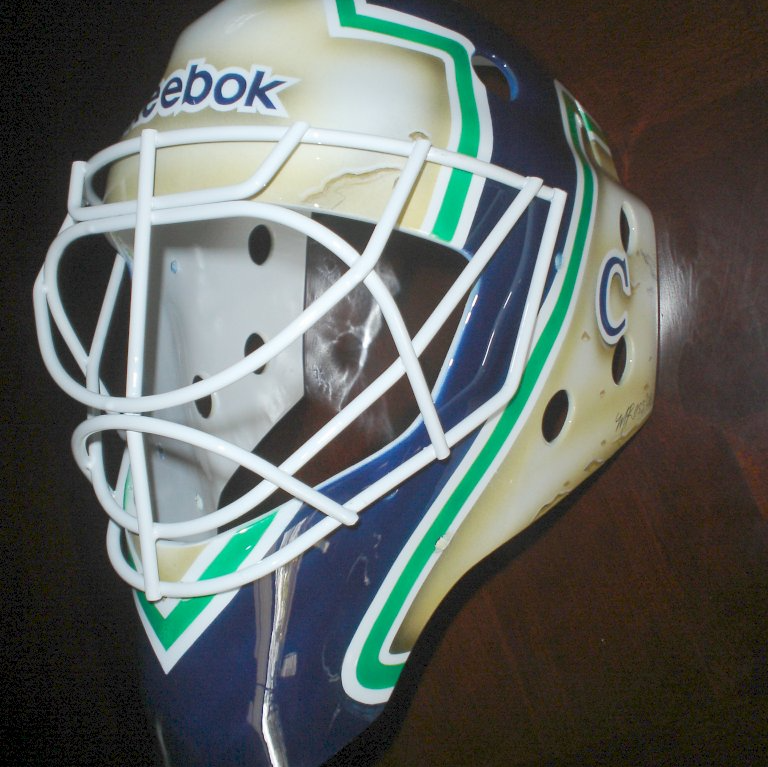 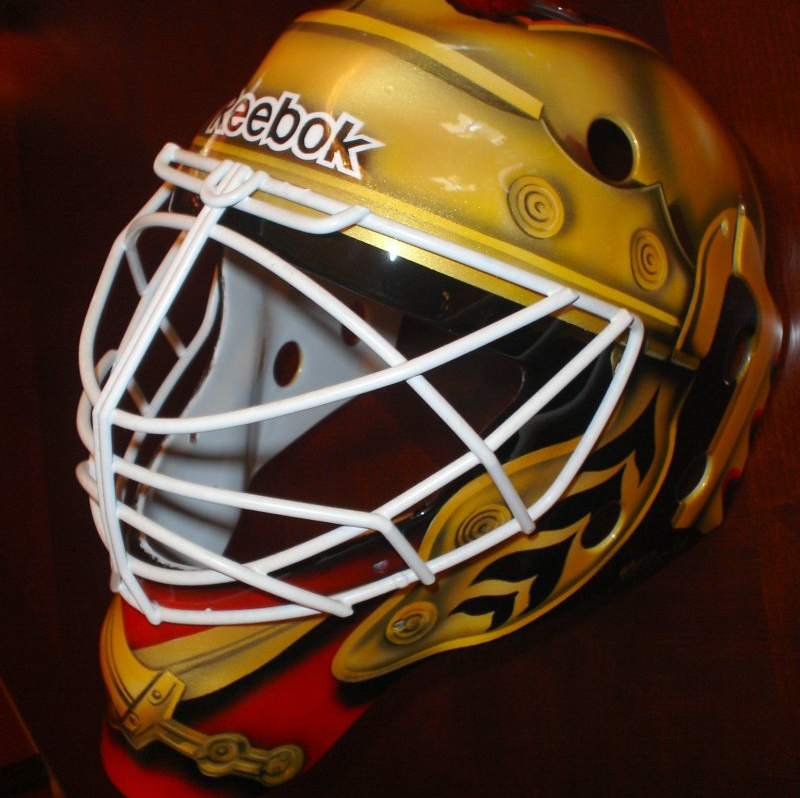 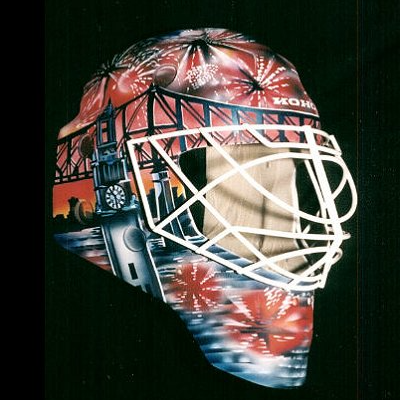 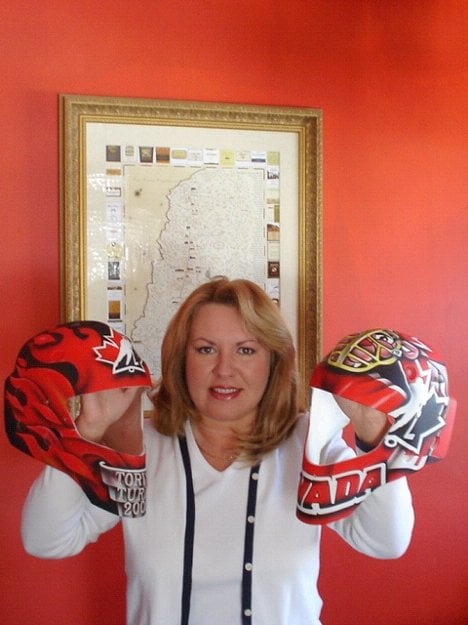 Marlene Ross, raised in Merrickville, Ontario and currently residing in Brockville, Ontario, began her career as a Cartoonist and serious Portrait Artist.

For the past three decades, Marlene has been the Premier Artist for goalies in the NHL, International and Olympic competition, NCAA and CIAU Leagues, Major Motion Pictures, and for amateur men, woman and children in Minor Hockey internationally.

Marlene, also seen as a “Pioneer” for women in Mask

Art, designed and painted  masks for French Canadian goalie, Manon Rheaume, the only woman to ever play in nets in the NHL, including Tampa Bay Lightning, Atlanta

Knights, and a Team Canada mask, which is currently on display at the Hockey Hall of Fame, in Toronto.

As well as NHL and Farm Teams, Marlene’s work has been seen in many other levels of International Competition, including various World Cups and Olympic’s, including Vancouver Canada, Lake Placid. Lillehammer, Nagano, Salt Lake City and Torino Olympics for teams from Canada, United States, Sweden, Finland, Russia, Japan, etc.

Off the ice Marlene’s Mask Art is seen in Major Movie Motion Pictures, including Disney’s “Mighty Duck Movies”, and the movie “Sudden Death”, including a mask worn by Jean-Claude Vandamme himself.

In the ancillary product line, Marlene has contributed with her designs replicated for such products as BAP and Pinnacle Mask Art Trading Card Series, McDonalds Restaurants, Pinnacle, EA Sports and Corrinthean Toys Mini and Micro Mini Mask programs, and in the Video Game Market with Sony Entertainment and EA Sports.

In 2001, Marlene was honoured by the Canadian Government & National Capital Commission in Ottawa, recognizing her Artwork Contributions & Accomplishments, with other respected Canadians such as Celine Dion, Brian Adams, Rick Hansin, Terry Fox, Marc Garneau and others, for the Contribution and Impact these people have had in the World as Proud Canadians and Ambassadors of Canada, in their respective fields.

We look forward to meeting you!